Connecting flight crews and professionals on the move 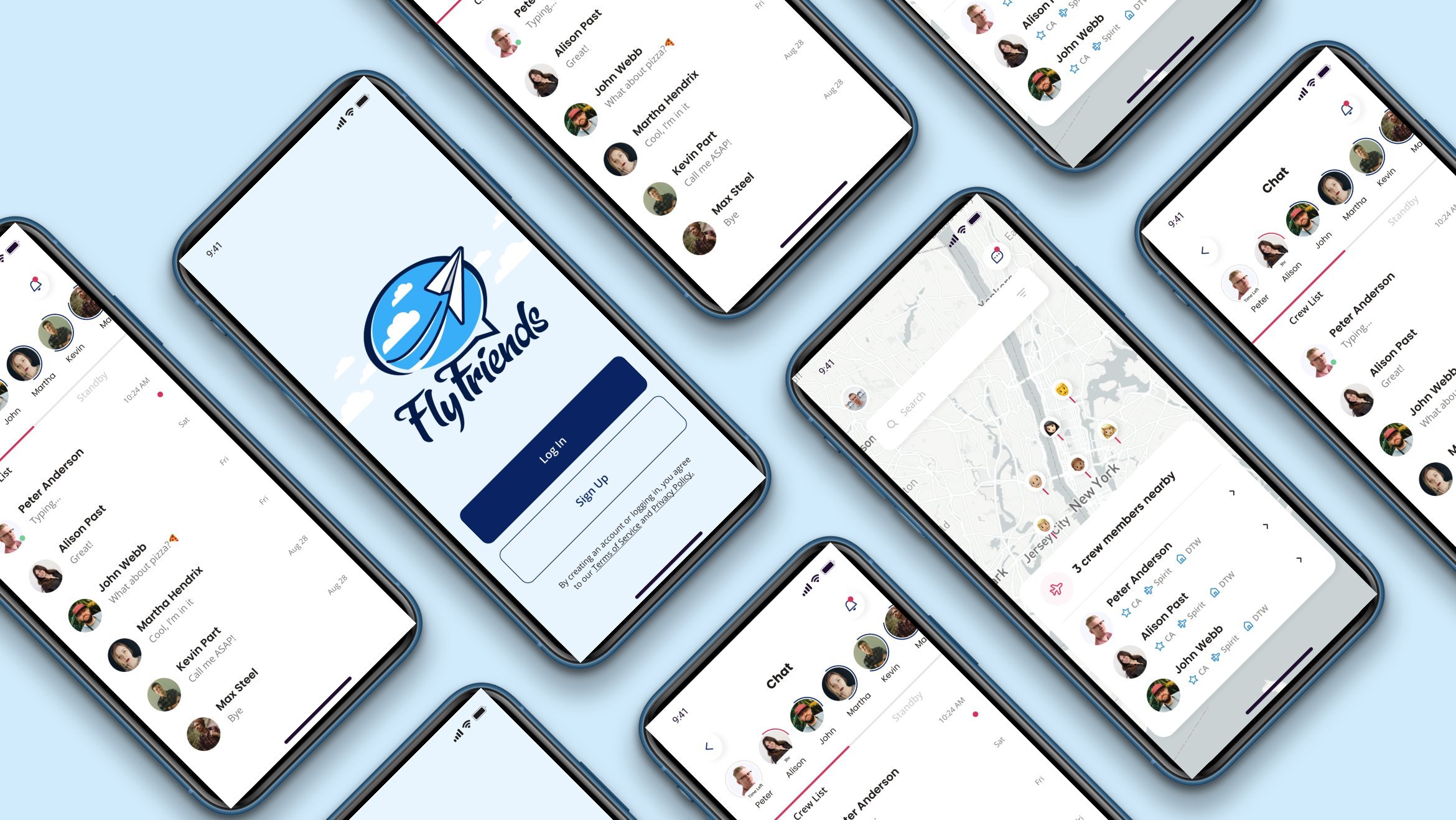 Launched in 2021, FlyFriends is a networking app that connects nearby flight crew members, colleagues, or friends traveling to the same airport or city. Founded by a pilot and entrepreneur, the original idea was to create a mobile social network for crew members to meet up, providing a safe, easy method to connect with colleagues. However, the concept of FlyFriends has been extended to allow any user to meet new people around the world who are in the same location based on the flight details submitted.

Turning the idea into reality, Digital Brain helped brainstorm the name before creating the wireframe, user experience, and high-fidelity design and choosing a cost-effective tech stack for the MVP. Once the concept was proven, Digital Brain architected the app to scale as users increased, developing the mobile solution before releasing it in the Apple and Google app stores dynamically. LET'S TALK ABOUT YOUR PROJECTS TODAY